After a fearless performance and a decisive win against China’s Chenglong Zhang on the card of GLORY : REDEMPTION in Rotterdam on Saturday 9 December, Nottinghamshire’s Bailey Sugden has moved one step closer to his goal of becoming a champion on the world’s leading kickboxing promotion. The Suggy’s Gym 20-year old, who made his GLORY... END_OF_DOCUMENT_TOKEN_TO_BE_REPLACED 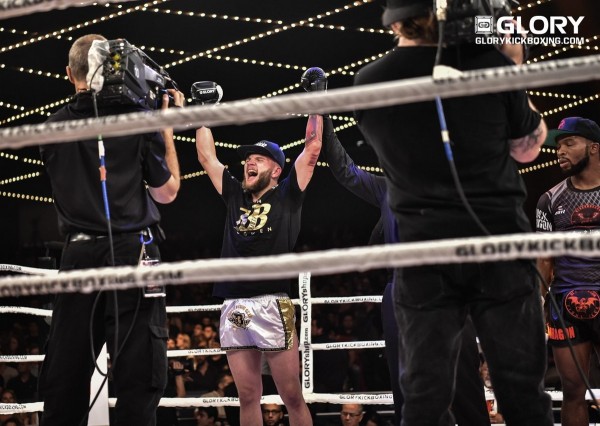 Five months after his GLORY debut at New York’s iconic Madison Square Garden, Bailey ‘BadBoy’ Sugden, makes his second bid for sporting stardom in Rotterdam on Saturday 9 December at the city's AHOY Stadium. And in a news release from GLORY today, it's just been announced that his SuperFight with China’s Chenglong Zhang has been added to the card of  GLORY :... END_OF_DOCUMENT_TOKEN_TO_BE_REPLACED