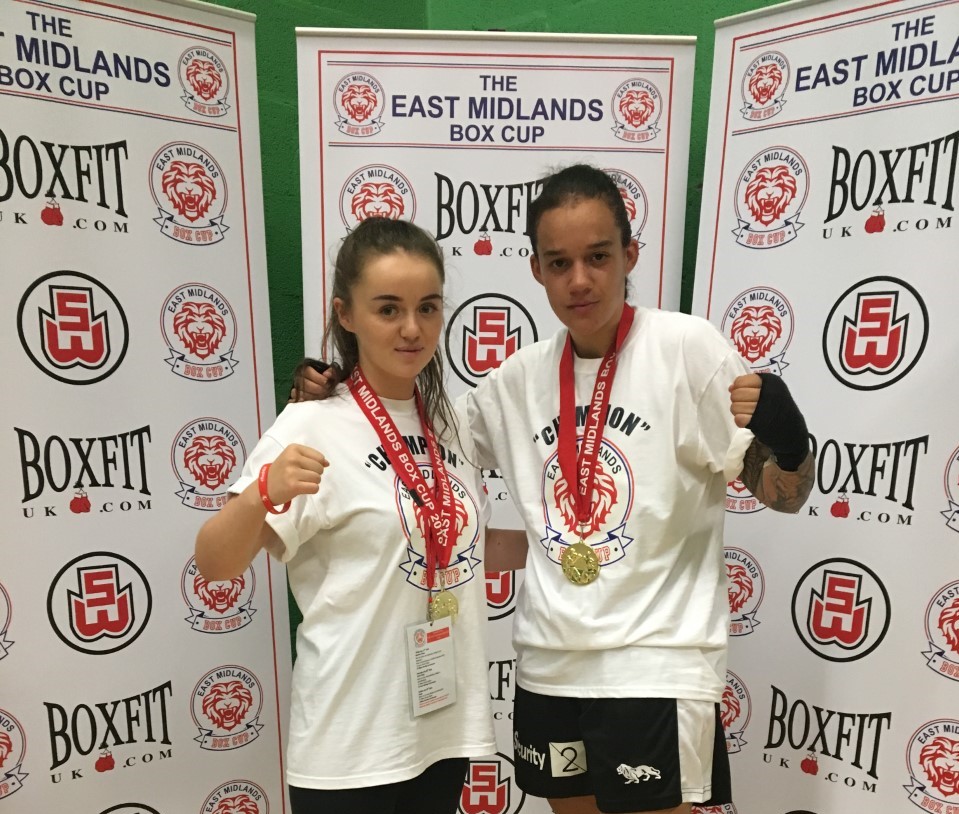 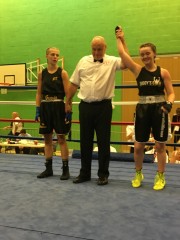 Newark Amateur Boxing Club added two more Gold Medals to its name last weekend, when Jade Grierson and Megan Williams were both victorious in the finals of the East Midlands Box Cup Championships in Grantham.

Jade and Megan represented the club at the Grantham Meres Leisure Centre, where over 500 amateurs from across the UK competed in a three-day event which saw only three Gold Medals in total won by Nottinghamshire-based boxers.

The finals were spread over Saturday 28 and Sunday 29 July, with Jade first up for Newark ABC on Saturday. In a last-minute change of opponent, she faced Philippa Brown from Oliver’s ABC after originally being matched up against one of Philippa’s team mates.

Undeterred by the change, Jade went into the fight looking relaxed, displaying patience while at the same time showing plenty of aggression. Being invited on three occasions to spar with GB boxer Natasha Jonas in the build-up to the Championships was clearly invaluable for developing her technique and building confidence as she dominated all three rounds, showing real class and variation of punch to take the victory and the medal.

All eyes were on Megan went it came to the second day of finals on Sunday. Asked if she would move up into the Open Class category, she was quick to agree and was matched with Georgia Klein from Doncaster.

Going into the fight, the honours were even between the two; in their first encounter, Georgia came out on top but the second time around she had very little notice and Megan walked away with the win. So this was the rubber match and the decider.

Taking control of the centre of the ring, Megan used her speed and variety levels to put Georgia on the back foot throughout the three rounds. After the final bell, she was declared the Champion and unanimous winner on points over her older, vastly more experienced opponent.

Summing up the event, Suggy’s Gym head coach Dean Sugden said: “What a fantastic weekend for the club, winning two Gold Medals in a single event.

“We were all really pleased not only with the performance of Jade and Megan but also with the spirit, camaraderie and mutual support between all the boxers taking part. It was a fantastic opportunity for them all to demonstrate their skills in the ring with England Boxers’ National Champions and former East Midlands Box Cup winners there to watch them do so.

“As you’d expect, there’s a real buzz at Suggy’s Gym at the minute and it’s only going to get better. We welcome anyone to the club on Castlegate in Newark, whether they just want to get fit or are looking to compete. You never know when and where the next champion will come from.”