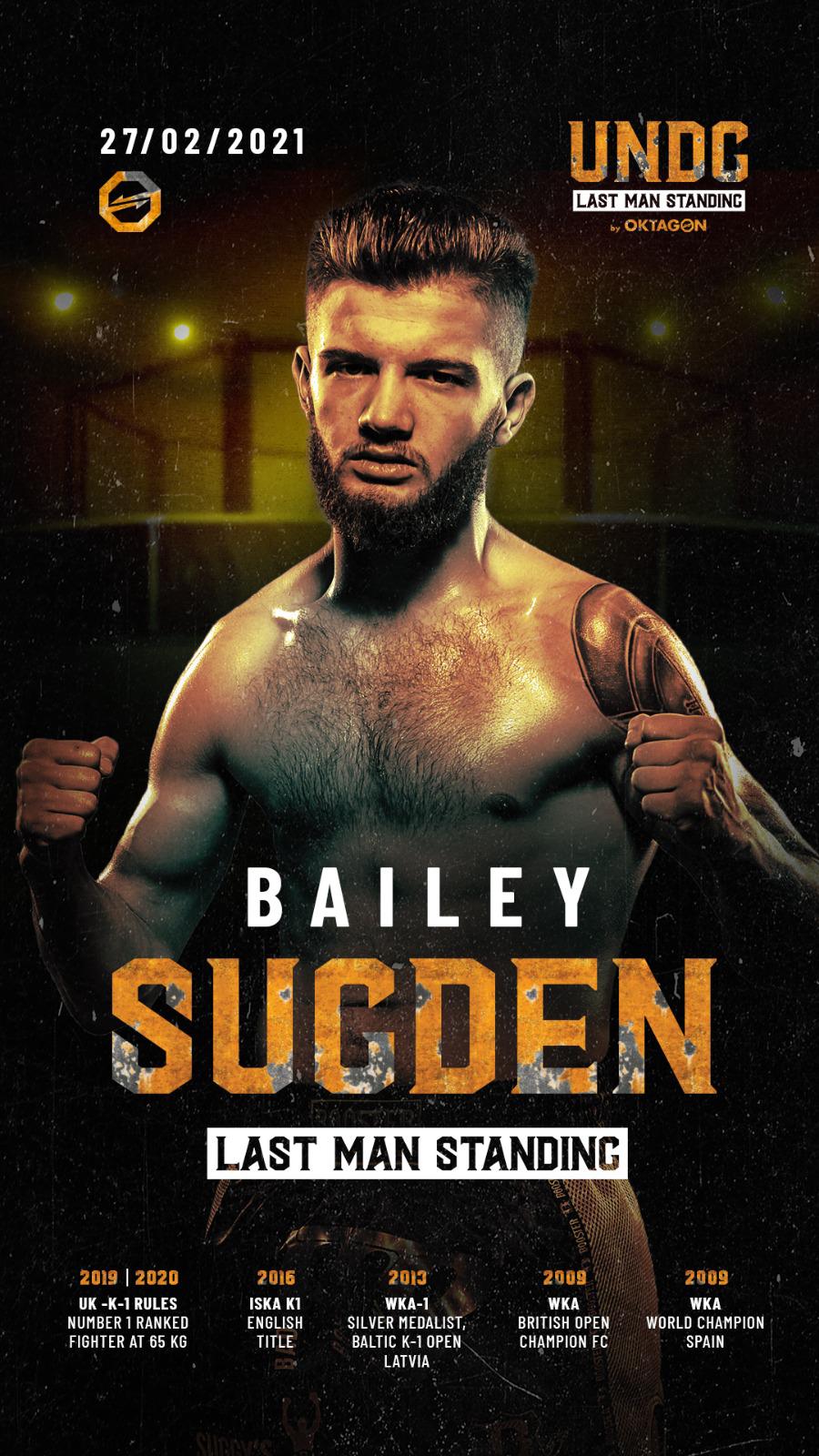 Almost 12 months since his last scheduled fight in Antwerp was cancelled due to the pandemic, Newark’s Bailey ‘The British Bulldog’ Sugden is getting ready for action on Saturday 27 February when he heads to the Czech Republic to showcase his skills on Oktagon Promotions’ forthcoming show, Last Man Standing.

“It’s been over a year since I last fought and I can’t wait – I’m buzzing to get back in there,” said the Suggy’s Gym 23-year old, who will be showcasing his skills in an 8 Man Tournament in the town of Brno. 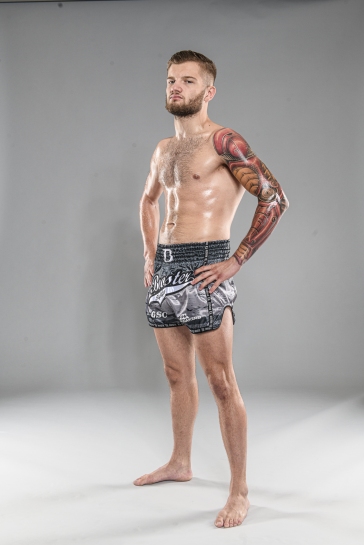 “Wearing small gloves and fighting in a cage will be fun but I guess the biggest surprise for a lot of people will be the rule set. But first and foremost I’m a fighter, so when my dad asked if I wanted to fight in the Czech Republic, the answer was 100 per cent yes!

“When he told me it would be a 4 Man Tournament, I was really buzzing and now we know that it’s an 8 Man under Muay Thai rule set I just can’t wait to get in there. Fighting under Muay Thai is a challenge and, although I’m not looking to switch over, to be honest I’m just happy to get in there under any rules and I will adapt my fighting style to prevail and be crowned Last Man Standing.

“To be doing it in the Czech Republic, which is such a beautiful country, is an added bonus. Not to mention the fact that it’s with an up and coming organisation like Oktagon Promotions, which I’ve heard quite a bit about from my training partners over at the Colosseum Gym in Utrecht.

“But most of all, I’m looking forward to putting my aggressive, all-action fighting style to the test against some very strong contenders.”

“When we said we were interested and would take part, we thought it would be a couple of KG above Bailey’s normal fighting weight – now it’s 5kg and under Muay Thai rules,” said his manager and coach Dean Sugden. “But Bailey is a fighter, he’s stayed true to the opportunity and worked really hard during all the lockdowns so is being deservedly rewarded with this opportunity.

“There’s not a lot happening in GLORY for his normal fighting weight, which as his followers will know is Featherweight, so when this opportunity came up we jumped at the chance. And I have to say that I’m very impressed so far with what I see.”

The full card for Last Man Standing will be streamed live on Pay Per View at www.oktagon.tv  and further updates on the event can be found on Instagram at https://www.instagram.com/oktagonmma/