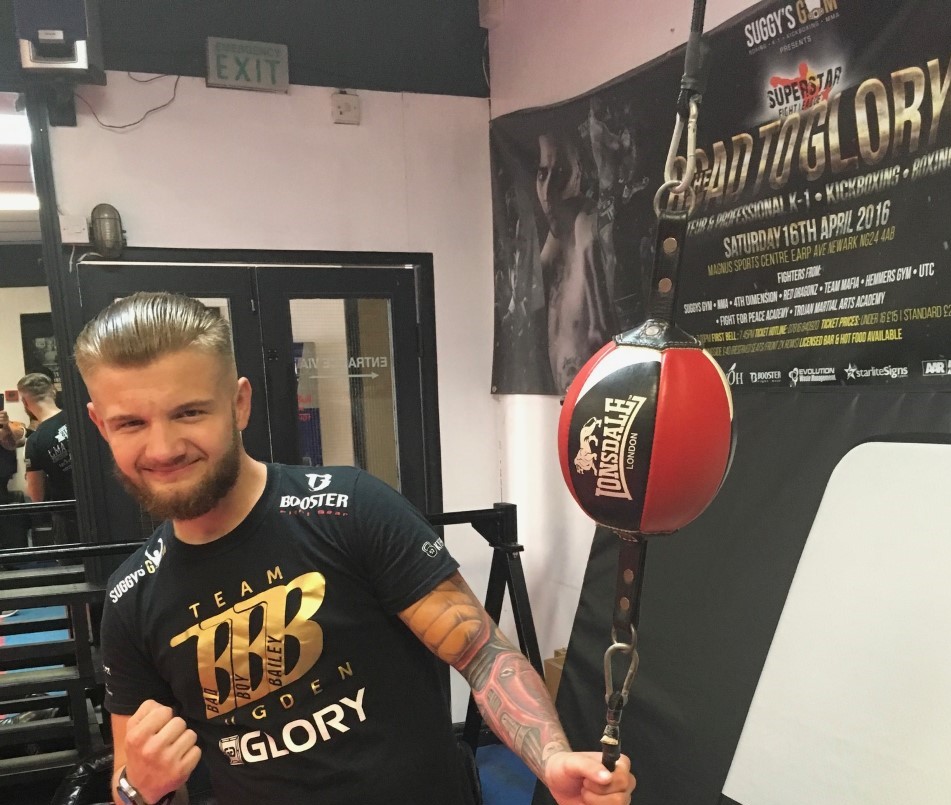 Now a professional kickboxer contracted to the world’s leading stand up promotion GLORY, Bailey has been training alongside brothers Chad and Regis since the age of five.

Before turning professional in 2015 , his amateur record stood at 28 fights, with 23 wins (3 by KO), 1 draw and five losses, with notable achievements including

He made his international pro debut on GLORY 43 in March 2017, defeating Arthur Sorsor by unanimous decision at New York‘s iconic Madison Square Garden, since when he has gone on to fight for GLORY in Rotterdam, Los Angeles and Birmingham.

In addition to pursuing his fighting career, Bailey plays an active role as a coach at Suggy’s Gym. His experience and qualifications cover

For a FREE consultation/and or to book personal training sessions with Bailey, call 07572 013217 or contact him by email on bbbbadboybailey@gmail.com