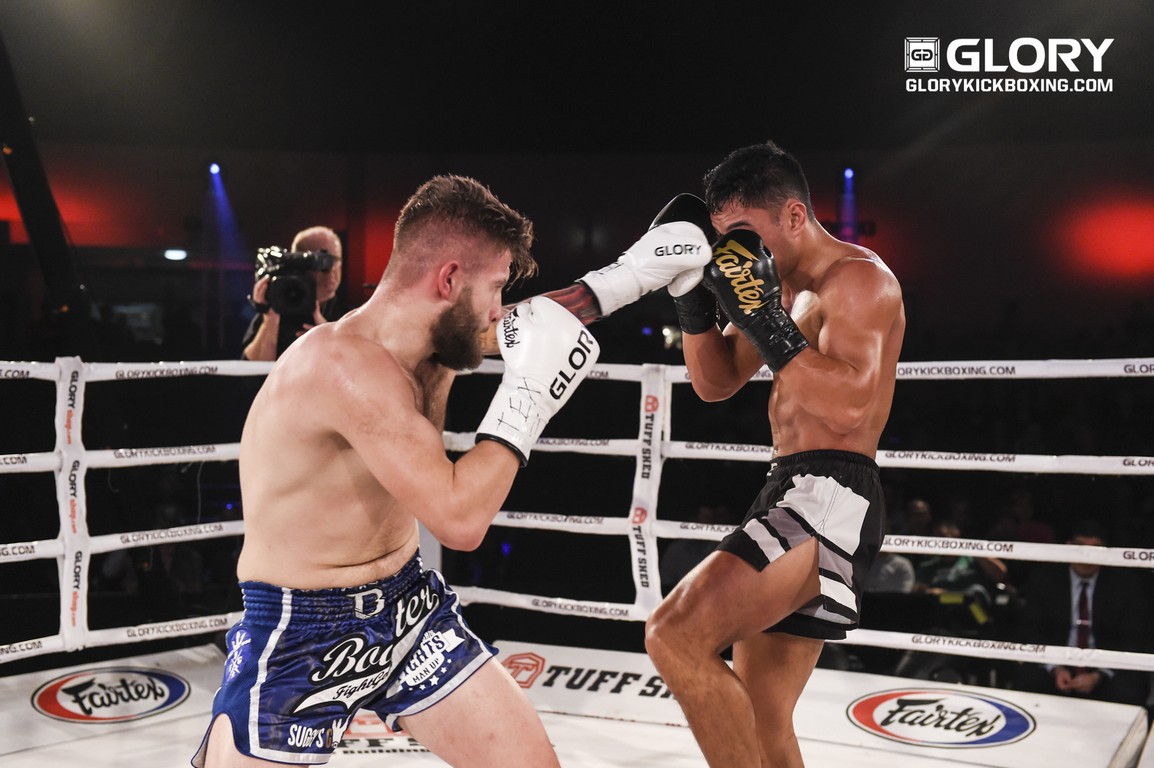 British Featherweight Bailey Sugden is heading into the final stages of his training camp as he prepares for his seventh appearance on the world’s leading kickboxing promotion later this month.

Ranked Number 9 in his weight class, Bailey comes off a one-sided decision win over Quade Taranaki at GLORY 63 Houston earlier this year, while his opponent is coming off a decision win in his own GLORY debut last October.

Normally the underdog, Bailey goes into the fight in Holland as the favourite and is promising his fans and followers that he will be bringing the British Bulldog spirit they associate with him in abundance to this one.

“Thong has an awkward style but he hasn’t faced me or anyone like me and my movement, variation and fighting spirit are going to prevail,” he said.

“I’ve been training with Jompop Kiatphontip, a former Ratchadamnern Stadium champion, for this one and his help has been invaluable. He totally understands my style and how I can make the best out of it against Thong.

“I’ve also been training with some very special people on the Hereford/Welsh border and mentally I’m in the best place ever right now, thanks to some great work with Garry Jones Coaching.”

“We’re all looking forward to seeing Bailey move forward again with this incredible organisation and I for one can’t wait to see him doing what he does best and doing it in emphatic fashion.

“Thong may have the potential to be awkward but Bailey is intelligent and more than capable of dealing with any style. Make no mistake, he has some weapons which will cause Thong a whole host of problems

“He has a surprise up his sleeve for Utrecht and there’s no doubt that the crowd at the Central Studios will see him at his best, not only making a great fight as always but doing so in the amusing and entertaining style everyone has come to expect of him.”

GLORY 65 will be streamed live worldwide on Friday 17 May, with the SuperFight Series card starting at 6pm BST. Full details of how to watch will be available shortly at www.glorykickboxing.com