Bailey starts the year with unanimous decision win in Texas 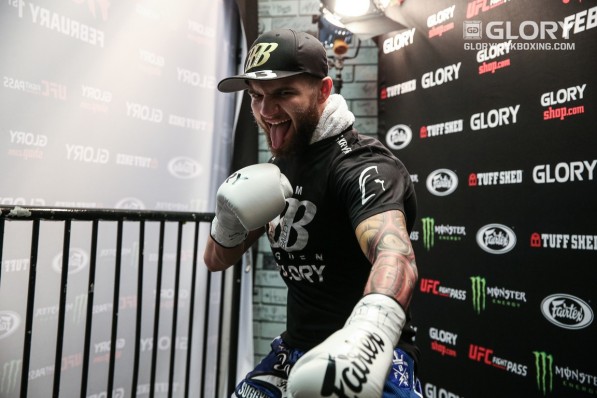 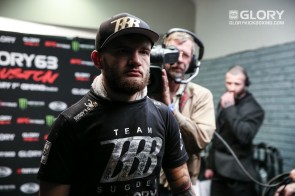 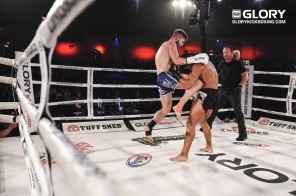 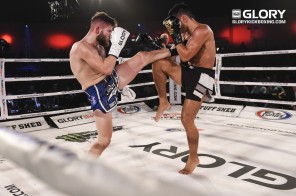 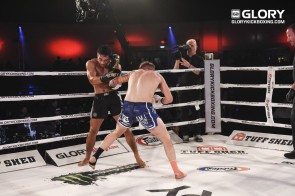 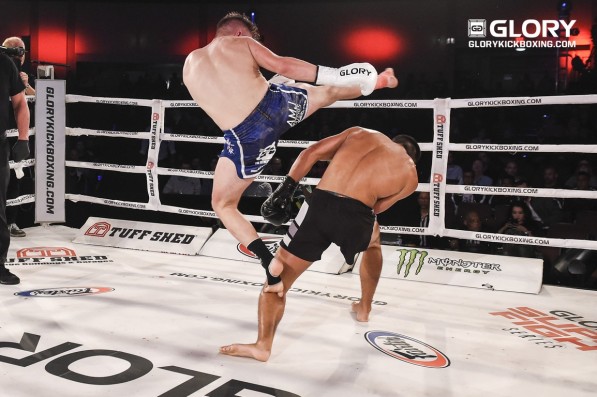 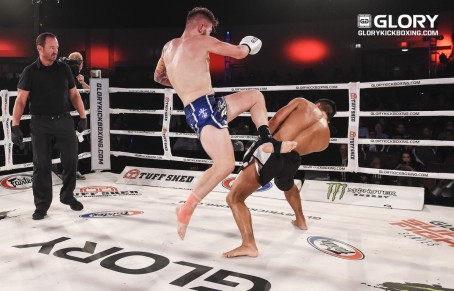 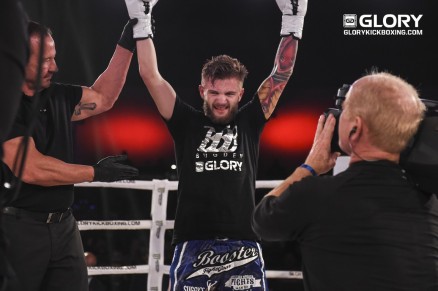 Bailey ‘BadBoy’ Sugden returned to the UK this week with another win under his belt, after defeating New Zealand’s Quade ‘The Magician’ Taranaki on the card of the GLORY 63 SuperFight Series in Houston on Friday 1 February.

Making his sixth appearance on the world’s leading kickboxing promotion, the 21-year old’s professional record now stands at 12 wins (two by KO) from 16 fights following an outstanding performance which saw him secure victory over the 24-year old Kiwi by a unanimous decision.

“There was a lot of trash talk from Quade in the build up to this one, questioning my fitness and my ability to take his body shots,” said Bailey. “My response to his comments was we’d see about that – he may have shown himself to be tough in previous GLORY  bouts but he’d be lucky to see the end of the fight going up against the BadBoy.”

Bailey was quick to start proving his point, getting first off the mark as he cracked Quade with a body kick and following with punches in the pocket. When Quade responded by kicking out his opponent’s back leg, Bailey went back to work with his punches, showcasing his hand speed.

As the end of the first round approached, Quade brought a right hand over Bailey’s guard and the pair exchanged short strikes in the centre of the ring before Quade missed with a spinning kick. Although the round was close, it was Bailey who had the higher work rate and also landed the more eye-catching shots.

Living up to his promise to take the fight to his opponent, Quade traded punches with him as the second round began. A flying knee from Bailey that just missed the mark was followed by a low kick that connected but Quade countered with a left hook.

Staying busy, Bailey was throwing his punches with volume as he followed instructions from his corner to start putting two-faced attacks together in another close round which saw the Suggy’s Gym fighter showing great movement and patience, qualities with which he is not normally associated.

Going into the third, despite being two rounds up he stayed true to form as always, determined not to play safe, but again following the directions of the Newark camp to go out to enjoy himself and show everyone in Houston exactly what he was could do. His body work began to show its effectiveness and his exciting, aggressive fighting style delighted the crowd in the Arena Theatre.

Although Quade was able to land a big left hand, a big knee from Bailey wobbled him badly and he needed the ropes to stay upright when attempting a spinning attack. Returning to assaulting Quade’s body, Bailey failed to put him down but was constantly going up through the gears and levels as his opponent, showing an increasing sense of urgency, tried without success to find an opening in the final minute.

Asked whether he was happy with his performance, Bailey said: “His comments in the pre-fight interviews just made me all the more determined to prove that I could definitely keep up the pace for the full three rounds. And I wanted to showcase some new skills while I was doing it.

“I think I did both pretty convincingly and I loved fighting in Houston – the fans seemed to love it too and responded really well to me before and after the fight.

“What’s next for me? Well, now this one’s out of the way expect even more when I get into the ring again. But for a few weeks, my focus will be on helping my brother Regis as he goes through the key phase of his training camp ahead of his pro boxing debut in Nottingham on Saturday 16 March.”

Not surprisingly, Suggy’s Gym head coach Dean Sugden was delighted with his youngest son’s performance. “So many well-respected fighters and coaches commented on Bailey’s hand speed and boxing skills, not to mention his ninja-like kicking in the third round,” said Dean. “He’s a natural fighter and a natural entertainer too so expect more of the same and, above all, never underestimate just how tough and how difficult to hit he is.

“He’s already ranked number 10 in the world by the biggest kickboxing promotion but he’s still growing as a fighter and he’s only going to get better and better.

“Going forward, we’d love to get in the ring with France’s Victor Pinto, who’s only 25 years old but very experienced and ranked number 6 on GLORY. Bailey’s shown on numerous occasions that he’s always ready to step up and test himself and we’d love to have this fight either in Europe or in the States.

“GB vs France – how about that for a really great battle?”

Excerpts and links may be used, provided that full and clear credit is given to “SUGGY’S GYM” with appropriate and specific direction to the original content.